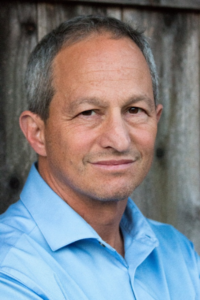 Everybody Was a Hero PowerPoint – Weil

Dr. Weil is a practicing Emergency Physician at Kaiser Hospital in Santa Rosa where he also serves as Assistant Physician-in-Chief for Hospital Operations.  He grew up in Northern California and completed his B.A. degree at the University of California, San Diego, then received his medical degree from the University of Illinois, Chicago.  He returned to California to complete his residency training in Emergency Medicine at UC Davis Medical Center and took a position at Kaiser in 1998.  He served as Chief of the Emergency Department for over 11 years and also served as Chair of the Chiefs of Emergency Medicine for NCAL from 2007-2011 until assuming the APIC role.  A strong interest in volunteerism and disaster medicine has taken him to Sri Lanka following the tsunami, Louisiana after Hurricane Katrina, Haiti to respond to the earthquake, and the Philippines following Typhoon Haiyan. Locally he has served on the Board of Directors for the American Red Cross Sonoma/Lake/Mendocino Chapter since 2011 and the Board of Directors for the Ceres Project since 2014 and is now President of the Ceres Board.   He has been a regular volunteer at the Jewish Community Free Clinic for almost 15 years and in 2014 assumed the role of Medical Director there.  He has also served as “team physician” for the Piner High School and Maria Carrillo High School football teams for over a decade.

Dr. Weil lives in Santa Rosa with his wife, 3 children (ages 21, 20, and 15), and many pets.  He does his best to make time for San Francisco Giants games and his passion for golf.  He has competed in endurance triathlon and enjoys lots of travel.